Marisa is a media-trained dietitian. She serves as a resource to the media providing relevant and credible food and nutrition expertise and practical solutions for the public. She’s prompt to respond and delivers current, science-based food and nutrition information with a smile.

Work as a media dietitian

Marisa works as a spokesperson and on-camera talent for food clients and brands. She is a media-savvy nutritionist who can provide health messaging, recipes and more.

Marisa has been quoted in the media literally thousands of times. A past national spokesperson for the Academy of Nutrition and Dietetics, Marisa has been featured on NBC Nightly News, the TODAY Show, the Dr. Oz Show, Morning Express on HLN and is a regular contributor to CNN Health and Fox 5 Atlanta. She is frequently quoted in print publications including the Washington Post, Atlanta Journal-Constitution, Cooking Light, Essence, Shape, Fitness and online media including WebMD, Forbes.com, and EverydayHealth.com and more.

The Truth about Sprouted Grains
SELF, October 2019

Should You Take a Dietary Supplement?
Martha Stewart, September 2019

Can Chlorophyll Water Give You Energy, Clear Your Skin, & Save The Earth?
Refinery29, August 2019

What Happens If You Take Too Much Biotin
Refinery29, April 2019

The Dark Side of Juicing
Alternet, March 2016

6 Mistakes That Can Slow Your Metabolism
Oprah Magazine, December 2015

Sushi Roll Orders Approved by Nutritionists
Eat This, Not That, August 2015

9 Secrets for Quick Snacks for When You Don’t Have Time to Eat
Huffington Post, July 2015

Diet Experts Share Top Tips for Losing Weight on Weekends
Eat This, Not That, March 2015

Forks Over Knives: Can a Vegan Diet Cure What Ails You?
DailyBurn.com, January 2015

The Health Benefits of Pomegranates
From the Grapevine, November 2014

Taste of Home: The Best Fruits for People with Diabetes
July 2019

US News & World Report: What Is Ashwaganda – and Should You Try It?
March 2019

MyFitness Pal/UnderArmour: What to Eat (and Not Eat) For the Best Sleep Ever
January 2019

MyFitness Pal/UnderArmour: A Primer on the Ever Popular Mediterranean Diet
March 2018

MyFitness Pal/UnderArmour: What to Eat (and Not Eat) for the Best Sleep Ever
March 2018

US News & World Report: 5 Under the Radar Fruits & Vegetables to Try This Fall
September 2016

US News & World Report: Water, Water Everywhere – Which One Should You Drink?
August 2016

Huffington Post: 6 Summer Produce Picks You May Be Overlooking
August 2016

US News & World Report: Healthy Eating Habits from Around the World
July 2016

US News & World Report: Eat Your Way to a Healthier Gut
March 2016

US News & World Report: How to Add Sweetness with Little or No Added Sugar
July 2015

How to Keep Food Fresh Longer
Cook It Real Good 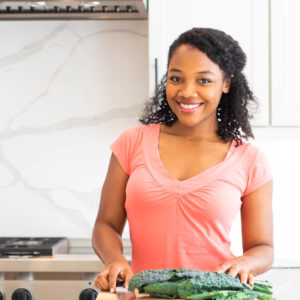 Hi! I’m Marisa, a registered dietitian nutritionist living in Atlanta, GA. I use this blog to share (mostly) vegetarian recipes, credible nutrition information and a peek into my Southern roots and travels!