You are here: Home / Blog / Amsterdam for the First Time

We arrived on a Saturday morning from Copenhagen into what felt like a circus at Amsterdam Centraal. From the train ride in to that first experience in central station, it felt like we had just hit the streets of New York City. But the overhead announcements in Dutch and the cacophony of other languages that didn’t include English quickly reminded me that I wasn’t in the United States. 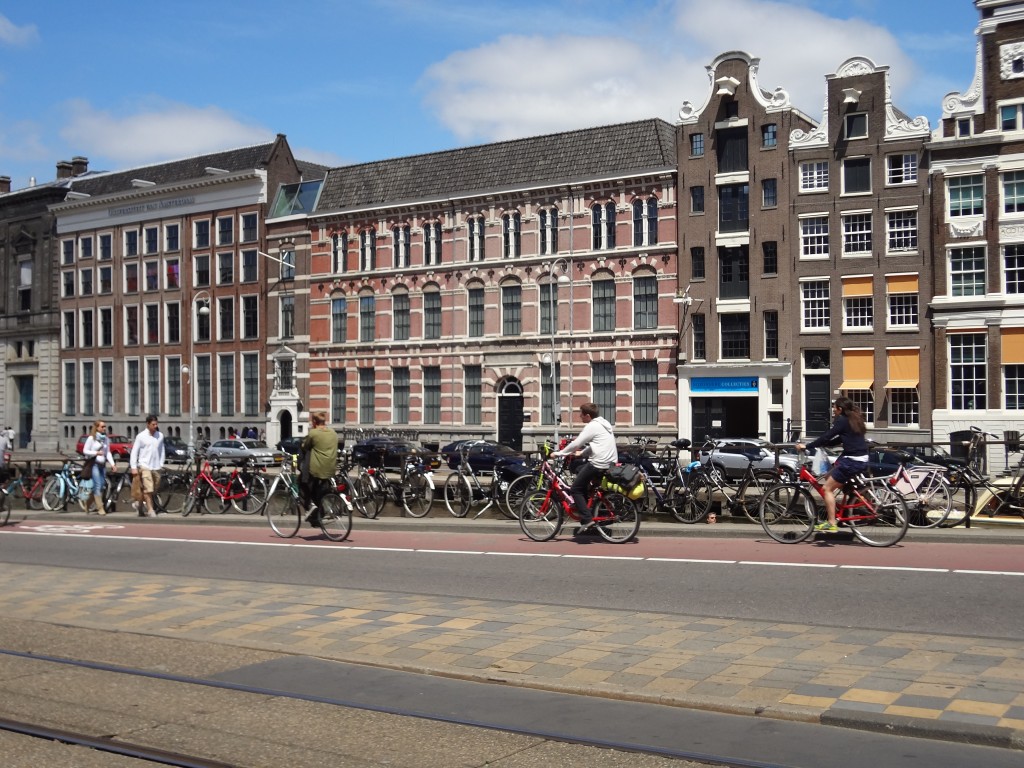 This was the beginning of a very active trip.  When traveling, I like to blend in with the locals.  That was hard to do in Amsterdam. The place was teeming with tourists.  But there are local treasures.  Amsterdam is a city of romantic canals, squares and gardens, old canal houses and beautiful architecture.

We visited the Anne Frank House and the Rijkmuseum, which are must do’s.  And later we walked around the non-touristy Albert Cuyp flea market where I had to restrain myself from shopping but was able to snap some pictures of the diverse food offerings. 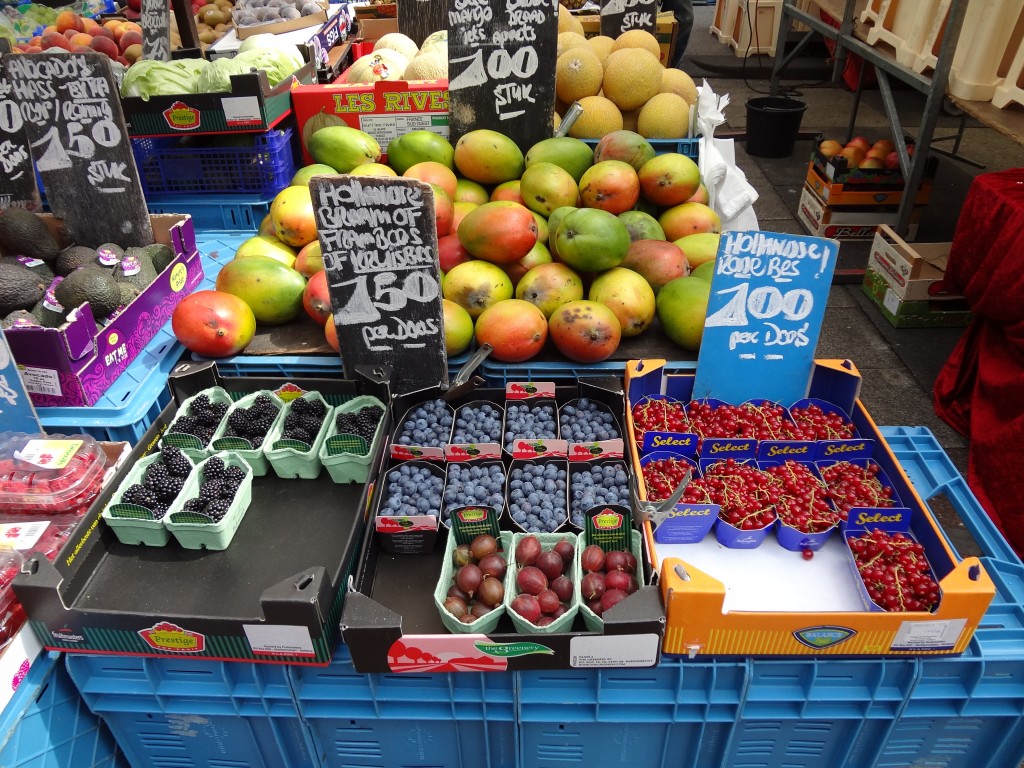 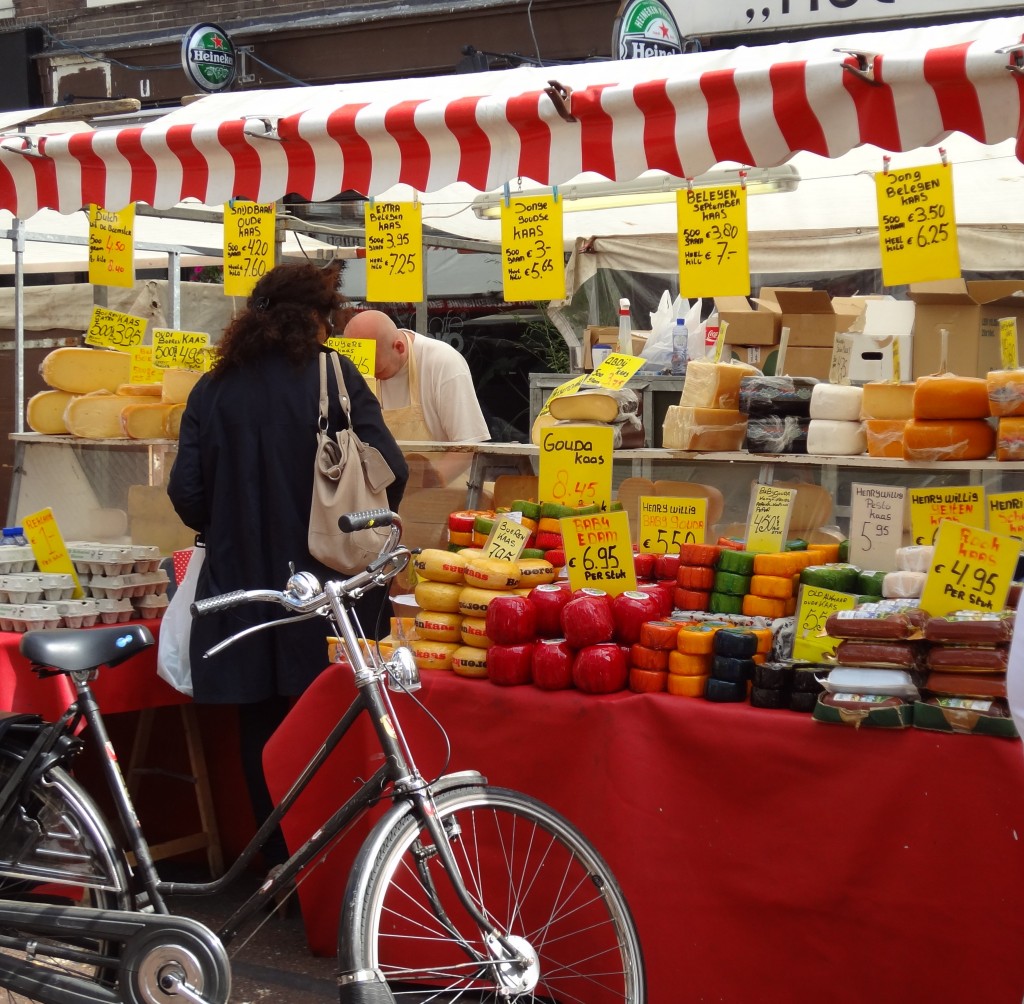 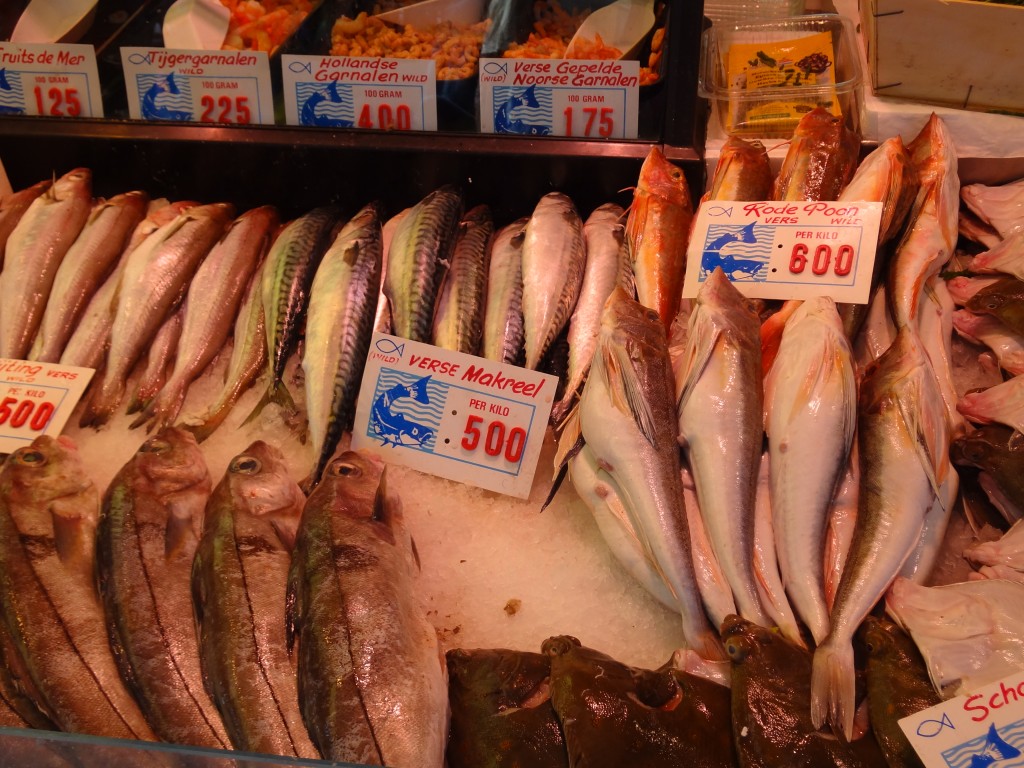 We biked the city including a trek through busy Vondelpark.  It was great to see locals on their bikes with groceries and kids in tow. Bikes rule. They even have their own network of streets and traffic lights. 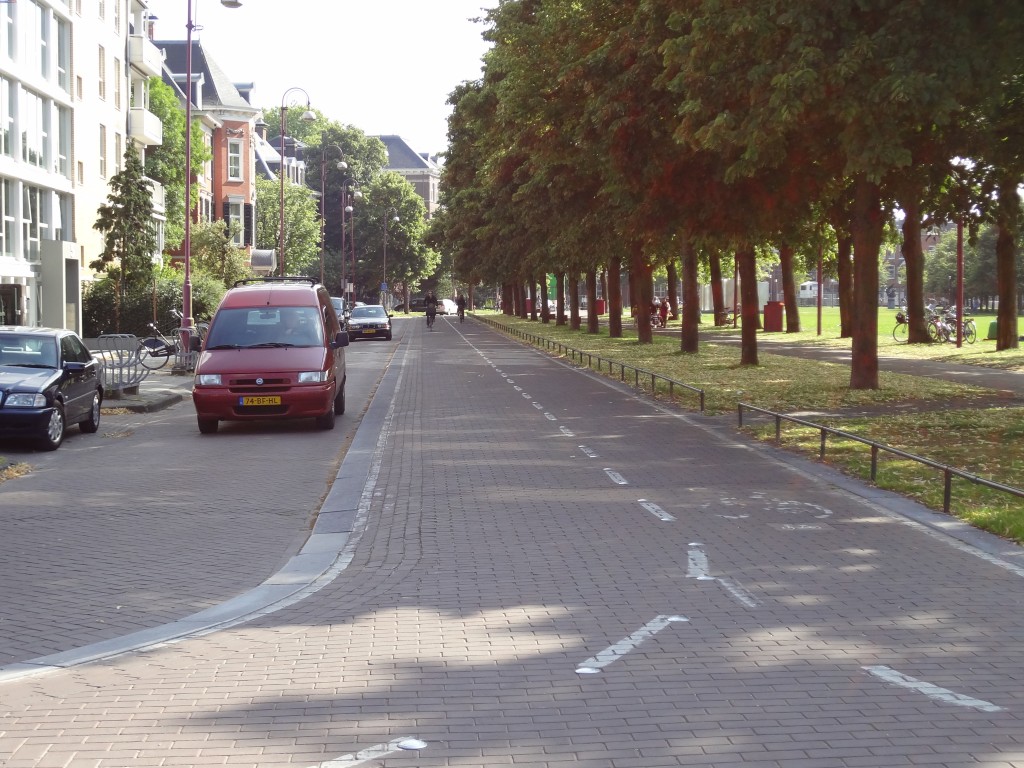 I couldn’t help but notice during the trip that there were not a lot of overweight people. I think the lifestyle makes a difference.  I was surprised to find that most eateries don’t open until 830 AM on weekdays and 10 or 12 for breakfast on weekends.  So maybe there’s less stress compared to the U.S.  And it’s a very walkable and bikable city with small markets, small restaurants and portions to match.  There were no automatic refills of beverages (or lemonades) at dinner.  You get an 8 ounce glass bottle and small glass from which to drink…that is all.

Much to this foodie’s dismay, I didn’t find the food to be all that great.  If I go back to Amsterdam, I will head straight for the Metropolitan Deli for a warm waffel.  It was hands down the best thing I ate while there.  It was so good I forgot to take a picture, but this is what I had without the chocolate…only a dusting of powdered sugar.  Yumm. 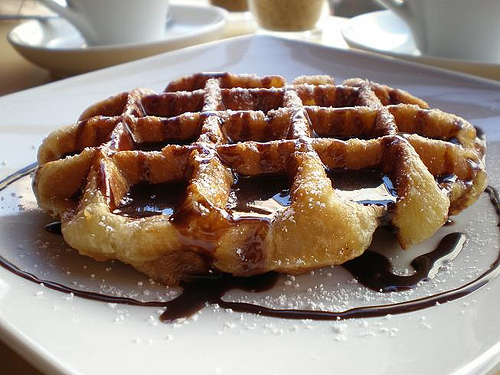 From the museum district and Leidseplein to Dam Square and yes the infamous Red Light District, this city is great for people watching.  Bring comfortable shoes and apparently a jacket if you’ll be there in July!