You are here: Home / Blog / Broiled Eggplant with Marinara
210 shares

This month’s “fresh from the garden” recipe redux theme inspired me to step outside my comfort zone to use a common vegetable that I’ve never actually cooked at home. Eggplant. Don’t know why but this purple member of the nightshade family has intimidated me for years. 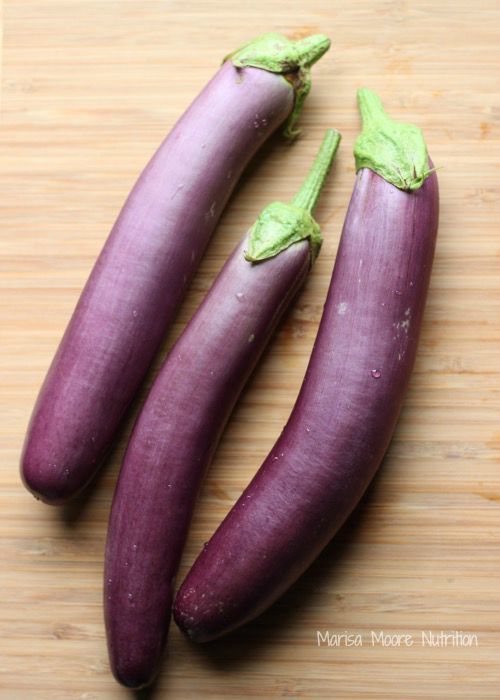 As I tend to do on Sundays, I biked to the Grant Park farmer’s market to see what was good. I wanted all the tomatoes, okra and artisan bread but I also wanted a bit of a challenge.

I’m kinda smitten with the color purple. This Japanese eggplant at the FreeWheel Farm booth caught my eye so I took some home. I also picked up some Pearson Farm peaches, which were ridiculously good. (Check back later this week for a new peach recipe and many more in my peach roundup.) 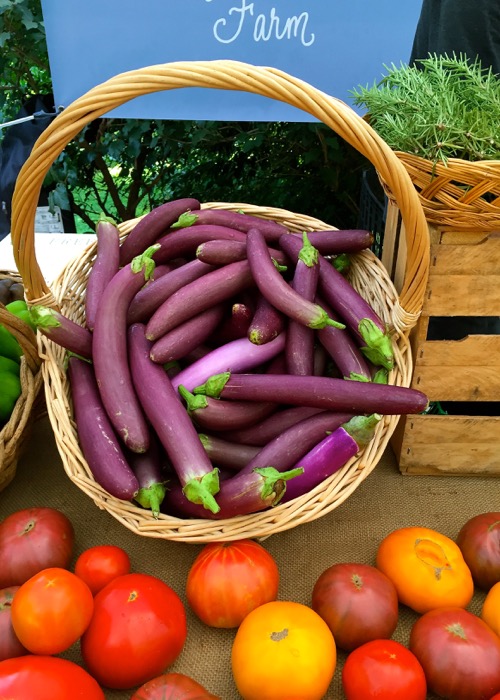 Because I am a complete novice at cooking eggplant, I kept it simple. I love the flavors of eggplant parmesan but often find it to be a bit heavy on the cheese and breading. I wanted to incorporate the flavors of eggplant parmesan but without all the calories. I also wanted to get in and out of the kitchen quick because well… it’s summer… in Atlanta.

This easy broiled eggplant recipe does the trick.